A vineyard classified in the 19th century

In Cars, the vines are planted on sunlit and well ventilated hills whose soil composition is clay and limestone. This offers structure and delicacy to the wines.

At the highest point of the vineyard, close to the bell-tower of the village, the pure red gravel soil is ideal for growing blooming bunches of Merlot Noir and Sauvignon Blanc grapes. Lower down in the vineyard is a ground named ‘Gruppe’ by the locals. It is composed of a mixture of limestone and filtering ground, conditions which favour Cabernet Sauvignons grapes.
Beside the wine storehouse, lies the best soil. This is called ‘Baties’ and is made up of pure clay settled on a calcareous underground. This allows retaining water during a dry season.
Thanks to the pretty limestone hills at ‘La Haute Sauvetat’, the estate has been classified as a Premier Cru Bourgeois Superieur Blayais-Bourgeais in the 19th century.

The soft landscape of the estate promotes a natural flow of water which improves the quality of the soil. The deep roots of the vines are able to reach the rocks below and utilise the soil at its full potential.
It is the very diversity of the soils of Château Petit Boyer which brings both the force and refinement to its red wines and elegance yet subtlety to its white wines.

The vineyards of Château Petit Boyer are witnesses of the History, some of its vines are over 50 years old. These vines are exclusively devoted to the creation of the highest wines range. The average age of the vineyard is about 25 years old. 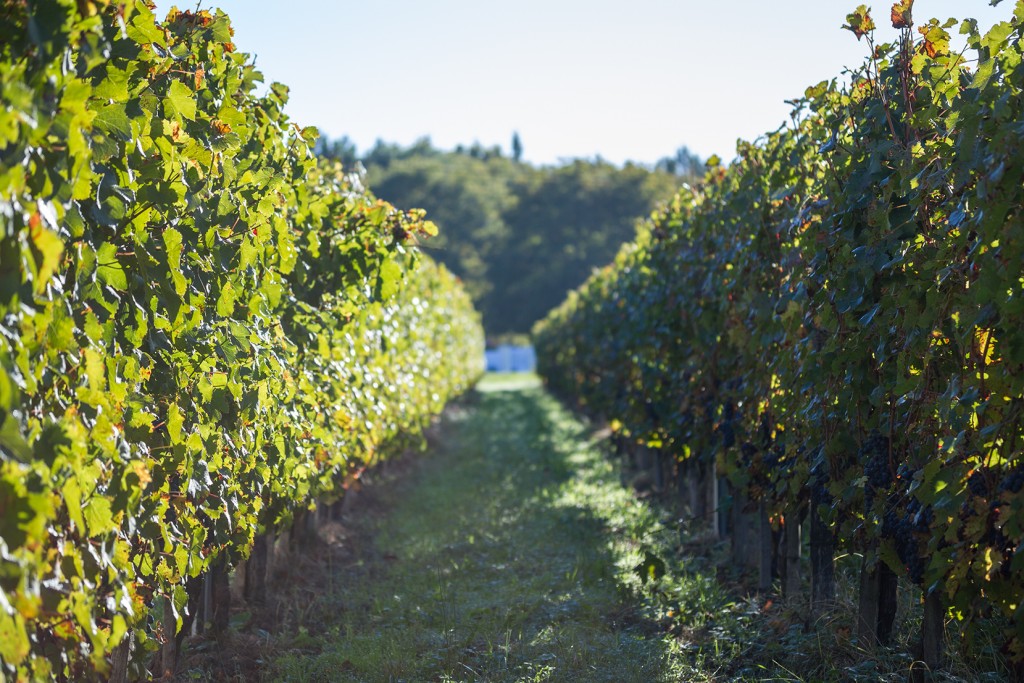 At Château Petit Boyer the Integrated farming techniques have been employed since 1996. By choosing the correct products in the adapted quantity, we place value on the environment, plants and human health.
Our vineyards are composed of more than 6000 vines per hectare in order to guaranty a delicate natural concentration.

Get grapes from a certain maturity, as healthy as possible
Respect our environment
Respect our land for future generations
Respect consumer’s health.

Each vine parcel is unique and is cultivated according to its own individual characteristics. This approach is highly dependent on the ground, the strength of the vine and its age.
Chateau Petit Boyer

Once lived in this part a powerful family who owned a large estate. Old editions of “Féret” from the late nineteenth century refer to a grower and nurseryman Boyer. Not far away from the Estate there is a monastery named “Villa Boyer”. A vineyard plots behind the current cellars is named Petit Boyer.

This is one of many names of places called reflecting the activity of this family.

The soil itself is a combination of several different types of soils such as limestone similar to Saint Emilion or “graves oranges” as in Pomerol.

The finesse and elegance have their origin here.

Your shopping bag is empty.
Go to the shop